As long as I can remember I have known what I wanted to do for a living because I am an actress, It’s not just a job  – it’s who I am. My career started 20 years ago at the age of sixteen. At the time I was without access to the internet and had no contacts within the business. So I searched the yellow pages and the daily news. My first gigs were all in different music videos and there I finally met people who could introduce me to the leading casting directors at the time. My first big part was in a short film called Jag. The film was directed by Johan Kling and was shown on Swedish public service television and competed at Gothenburg filmfestival. The script was later developed for the big screen in 2006 and renamed Darling which was my feature film debut. For the leading role in Darling I was nominated for the Swedish Film Institute’s best actress award and for Stockholm Film Festival’s Rising Star Award. Since then I have worked on feature films, television series and commercials. I love doing drama as well as comedy and often get to play the bitchier parts (even though I am actually quite nice). My dream is to keep developing as an actress and to get to play diverse characters i both national and international productions.. 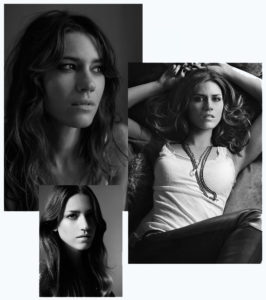